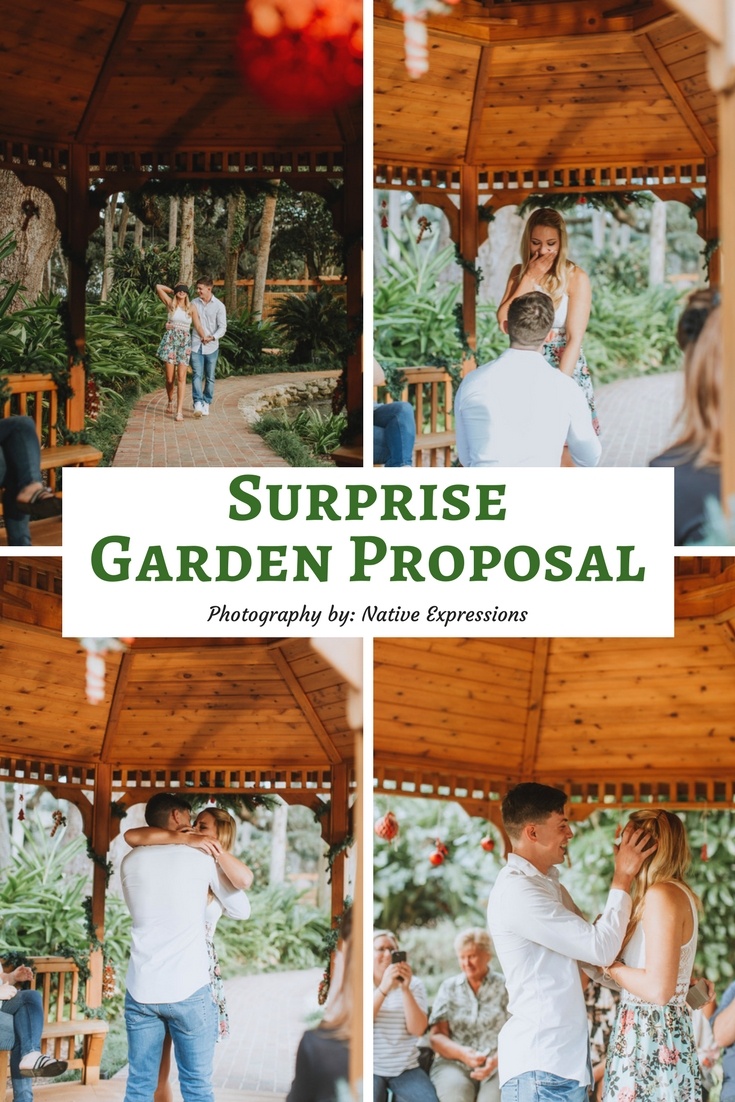 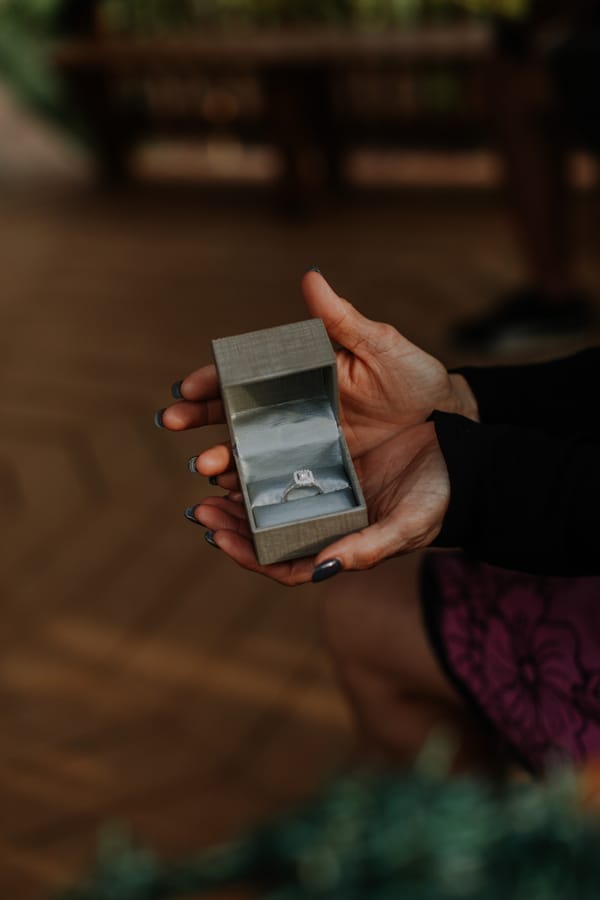 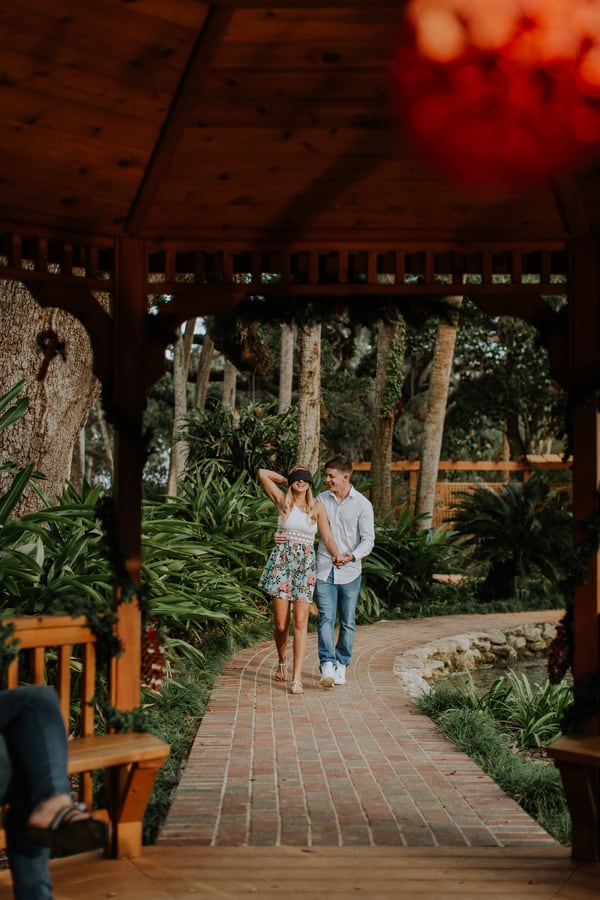 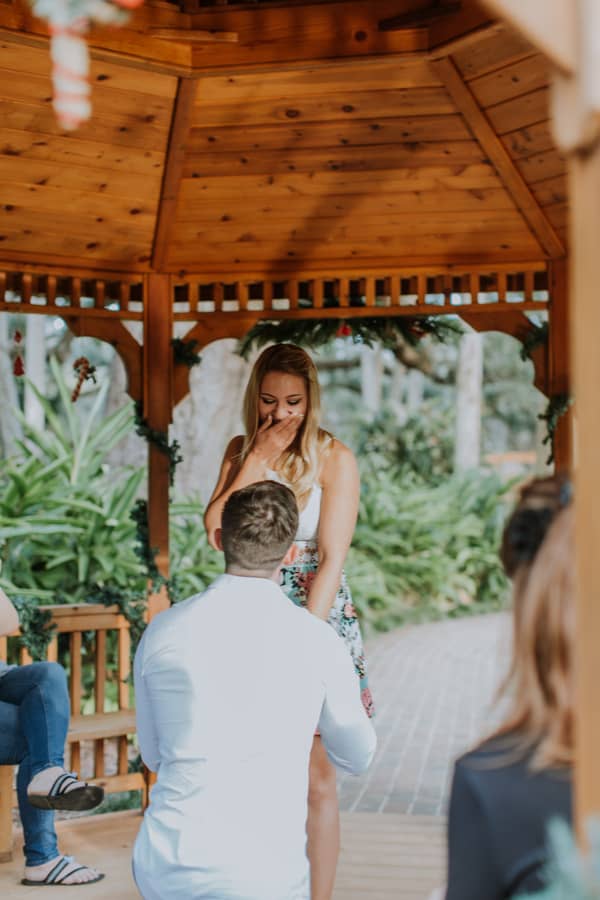 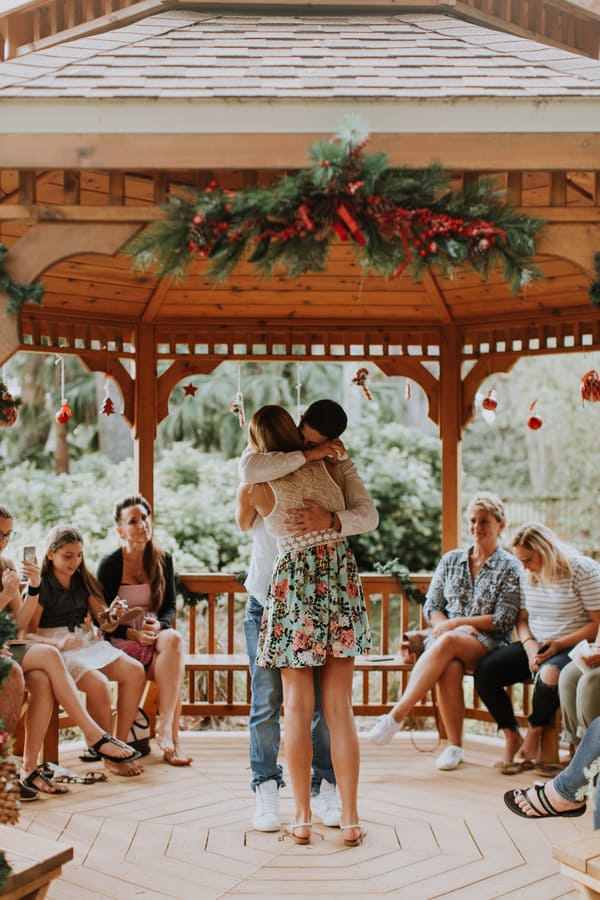 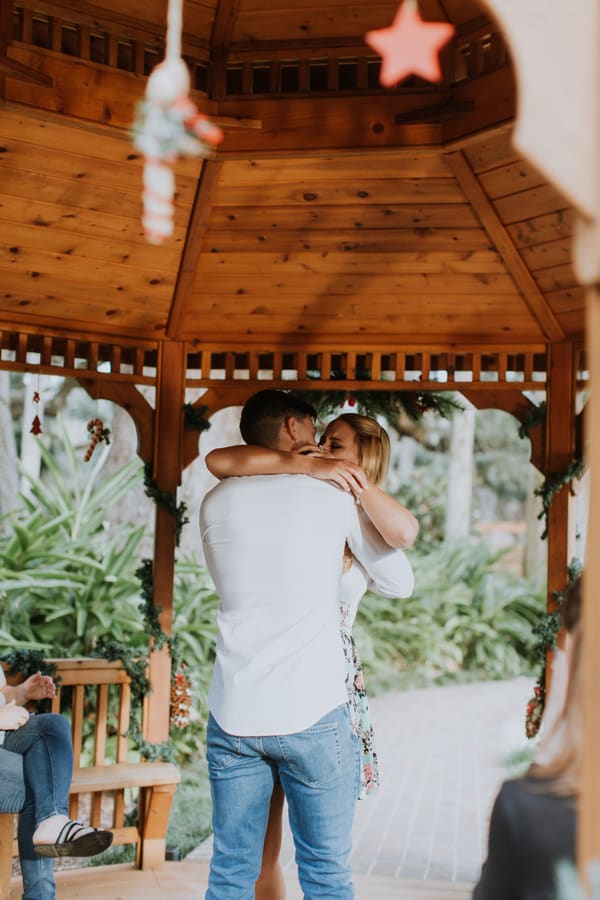 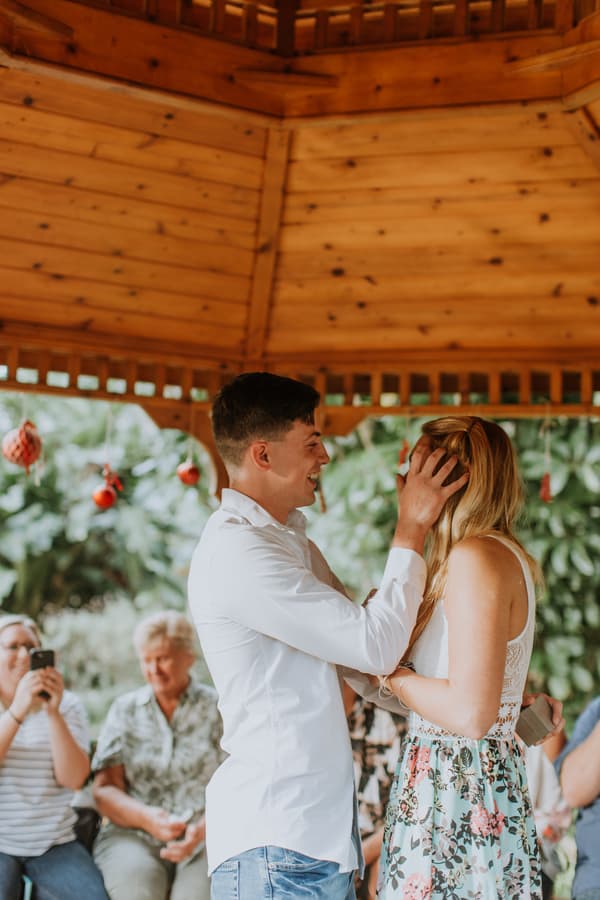 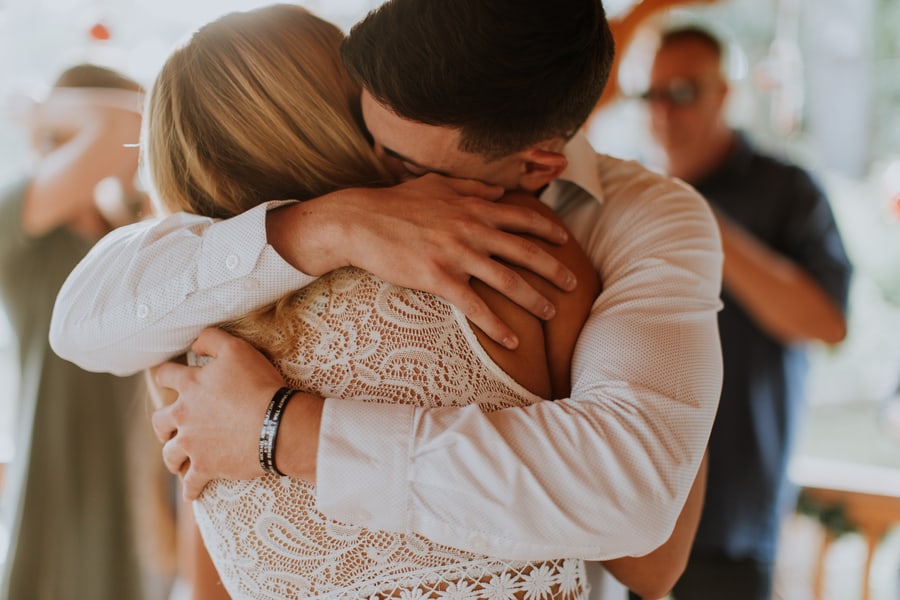 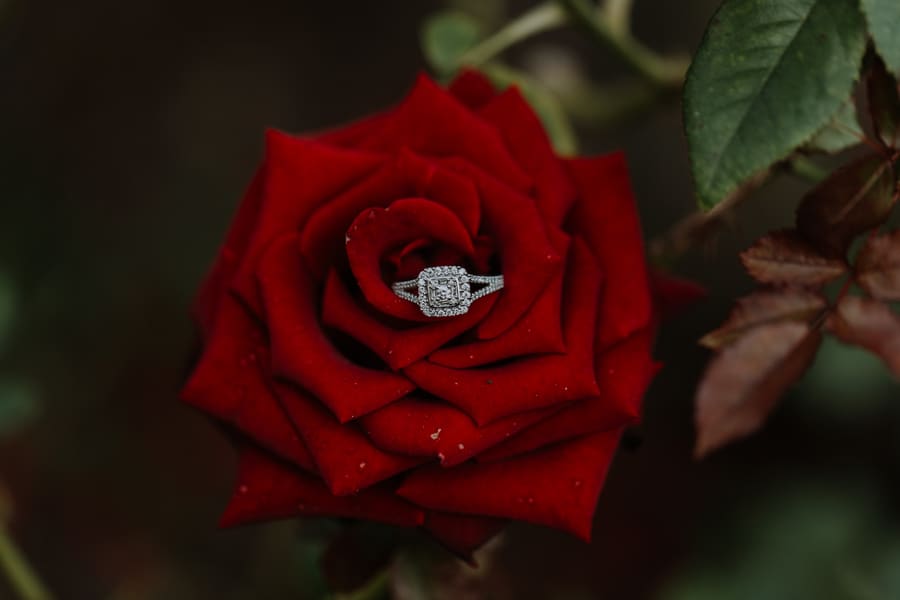 Joseph(who is a Marine) planned this surprise Christmas Eve proposal. He told Bailey that they were going to Washington Oaks to have some photos taken by a friend of his – which was halfway true! Little did she know that her family and his were waiting for them quietly in a gazebo. Once they arrived and got closer to where he was going to pop the question, he blindfolded Bailey and led her into the gazebo. With Ed Sheeran’s Perfect playing in the background, Joseph got the ring from his mother and got down on one knee. When Bailey removed the blindfold, she saw that she was surrounded by those she love most and looked down to see Joseph with a gorgeous ring. Of course she said yes – through a flood of happy tears. Her sister Stefanie brought along a mirror and make up so that Bailey could touch up before her now surprise engagement shoot! 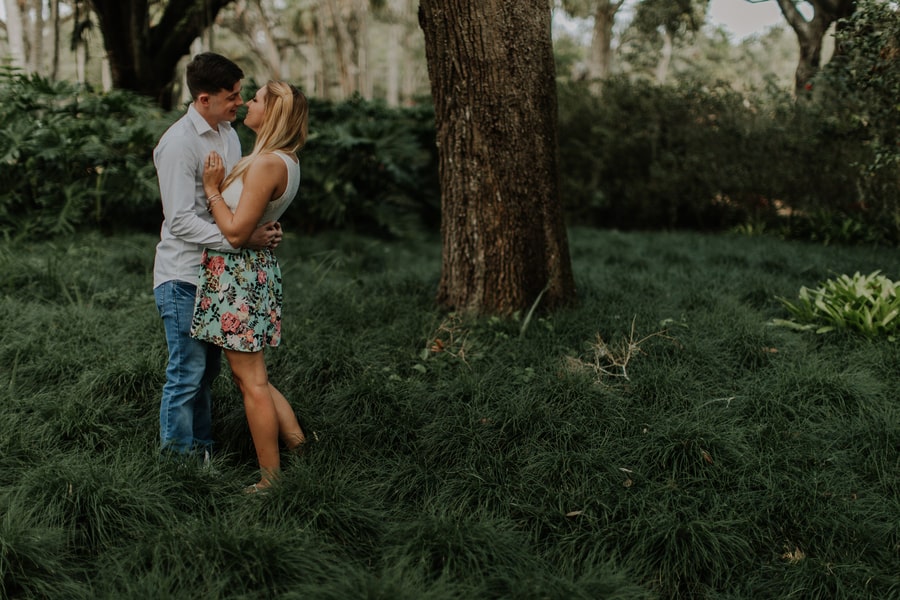 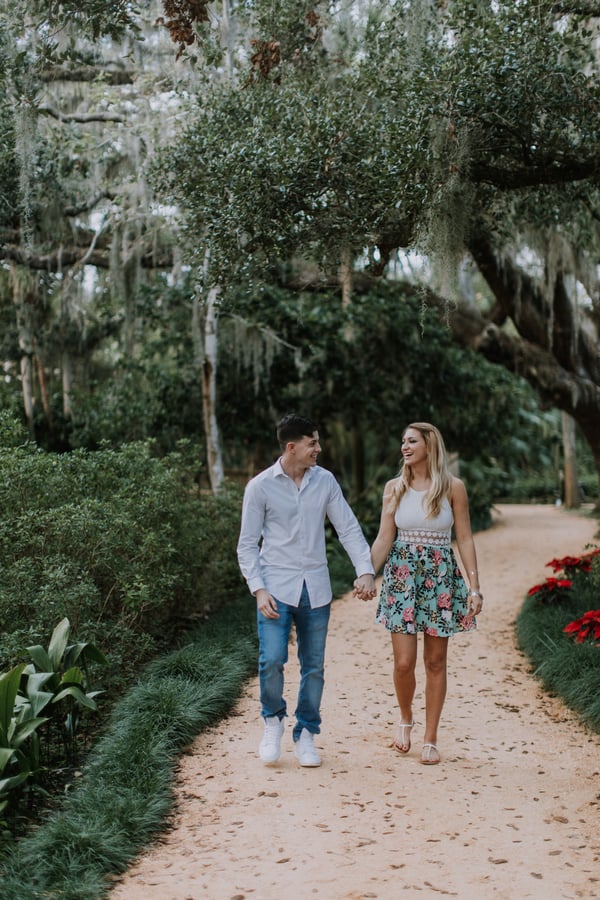 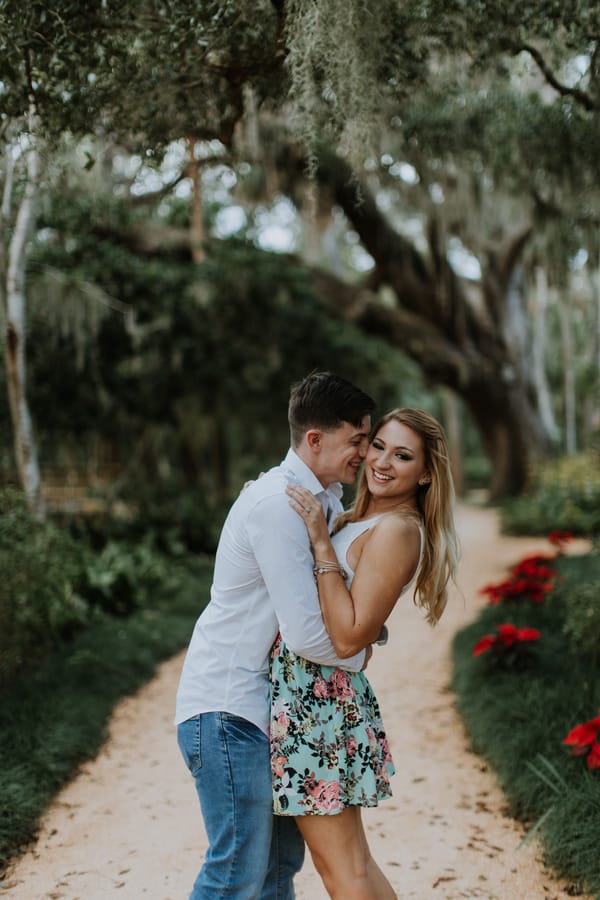 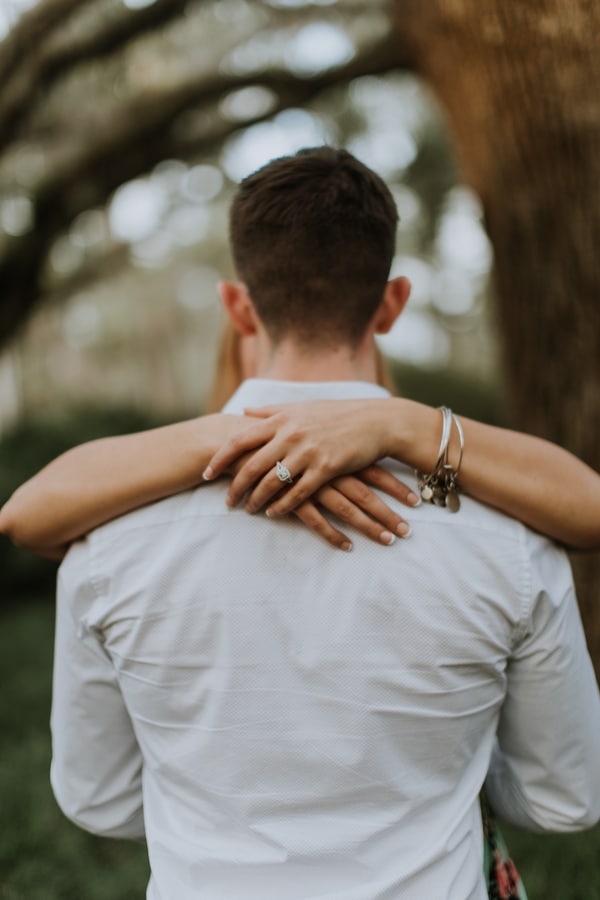 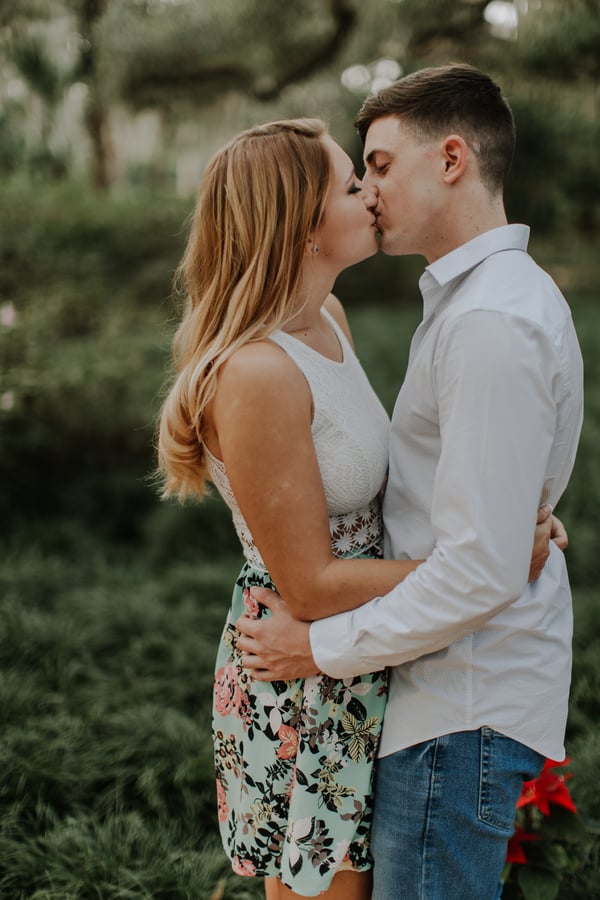 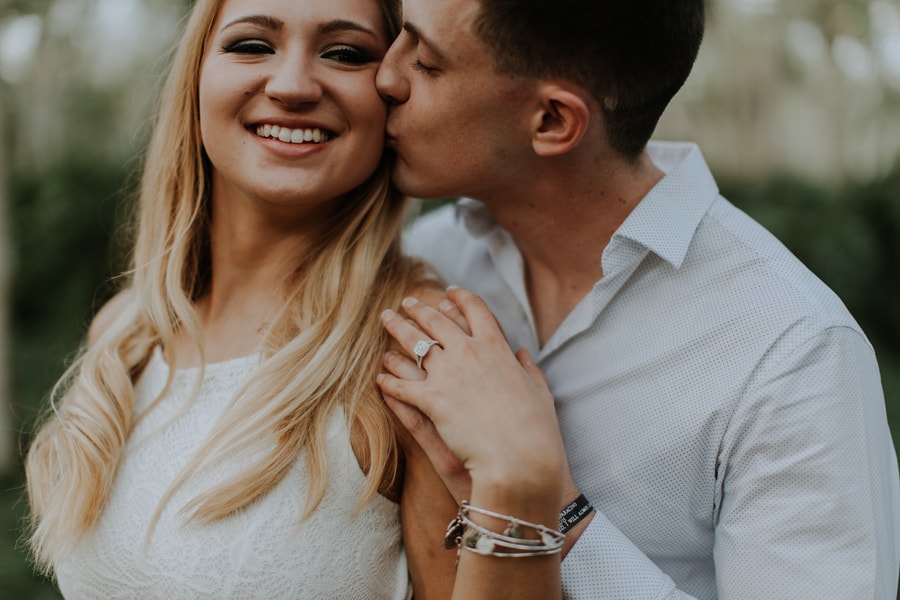 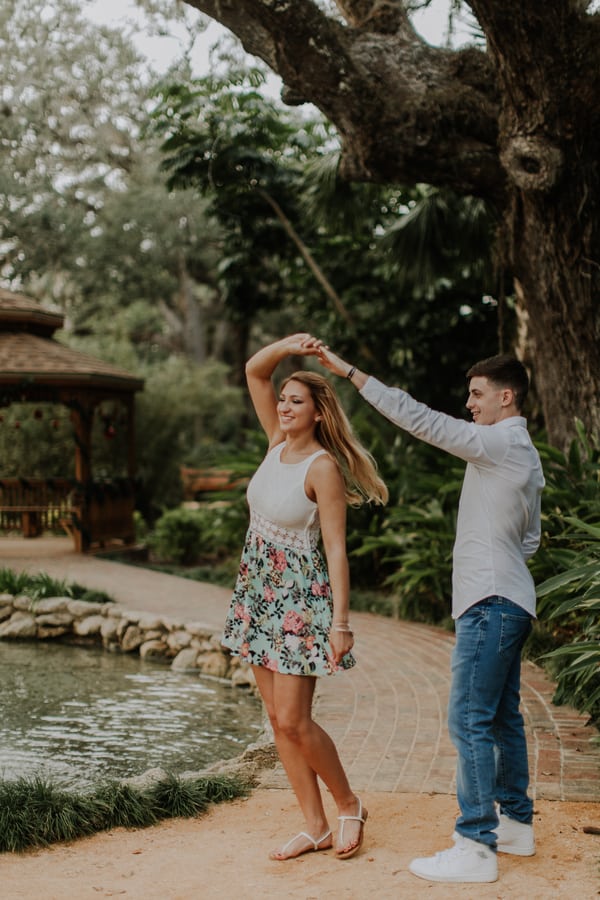 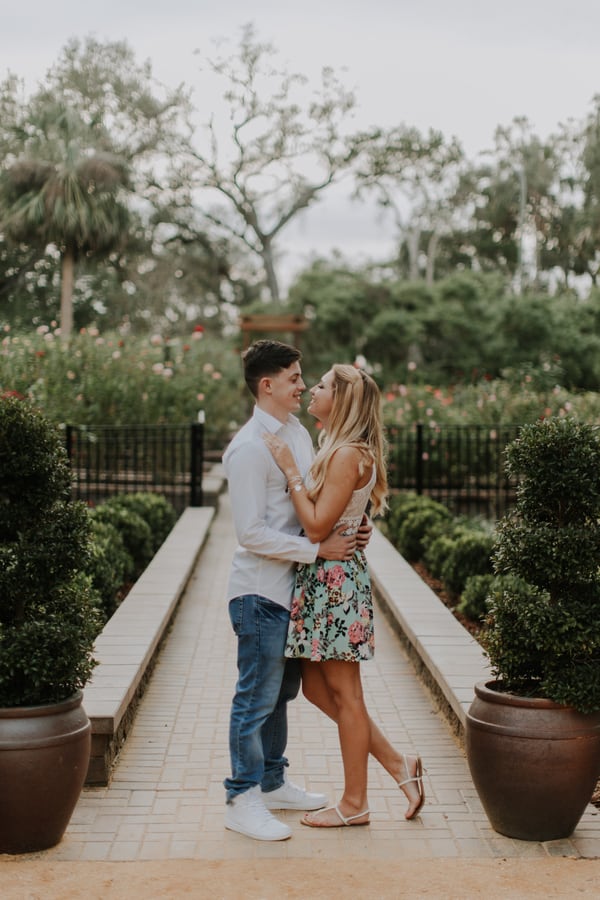 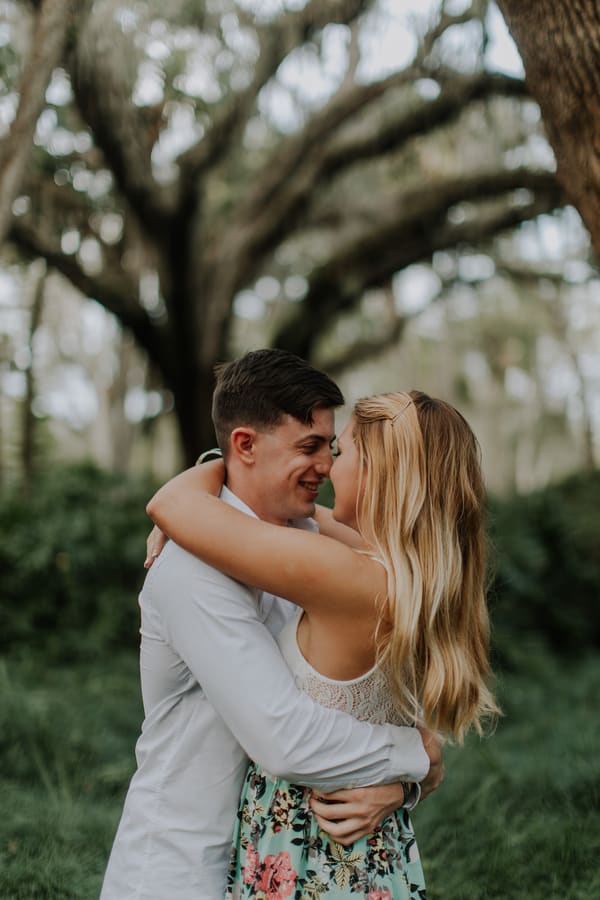 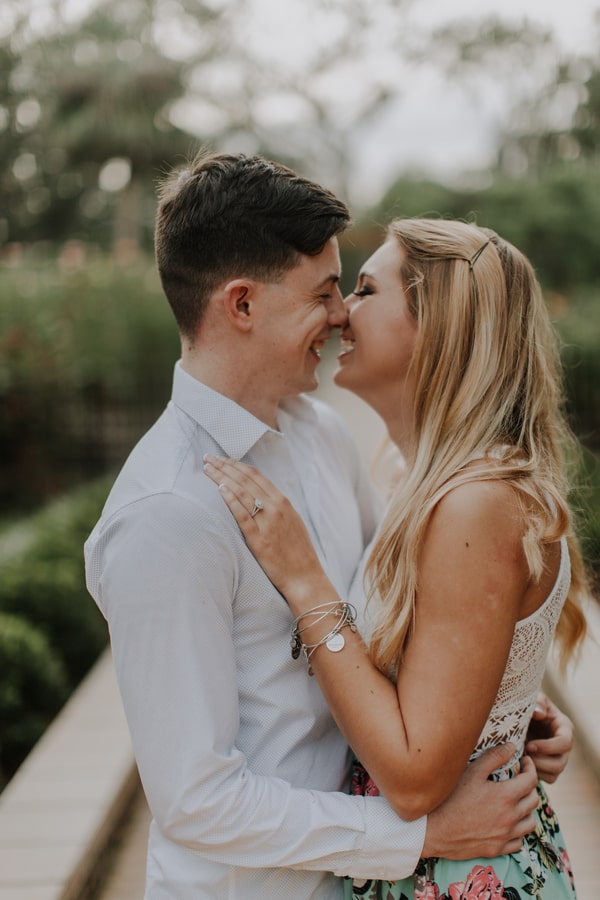 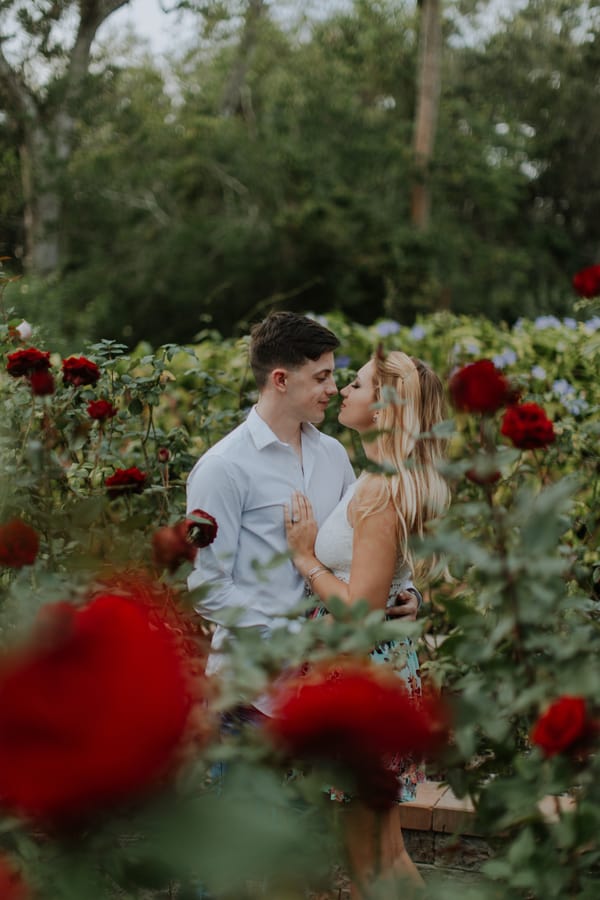